This quote finds an abundance of support with the example of fasting- it’s a natural and powerful way to heal the physical body.

Fasting is perhaps the most effective and possibly safest way to heal the body.  Many studies and experiments- many of which I have presented already in earlier blog posts on fasting, prove the effectiveness of fasting for the body.

Fasting is possibly the safest way to heal the body because it is a natural alternative to medicine and medical care, which are commonly practiced in our culture today.  Many of the medications prescribed in our culture nowadays, bring about negative side effects that lead to more medication, resulting in one big slippery slope.

Some of the diseases that have been combated and/or treated with fasting include;  Alzheimer’s, Arthritis, Asthma, Cancer, Cardiovascular Disease, Diabetes, Epilepsy, Gastrointestinal Disorders, Hypertension, Obesity, and more.

Fasting can help prevent and/or heal Alzheimer’s disease.  Alzheimer’s disease is caused by the accumulation of degenerated brain proteins.  This leads to certain negative characteristic features like decreased brain activity, poor cognition, and poor learning. Additionally,  people who have Alzheimer’s disease suffer from their body’s inability to eliminate the amyloid or protein fragments that get between the brain’s nerve cells.  These people also experience insoluble twisted fibers, known as neurofibrillary tangles, “inside brain cells that prevent transportation of vital nutrients and other substances between nerve cells.”

A research study done by the Institute on Aging showed the beneficial effect of intermittent fasting on “ameliorating” the symptoms of Alzheimer’s disease.

This experiment was conducted on two groups of mice.  One group had to be on strict dietary patterns similar to intermittent fasting and the other group didn’t.  The study concluded that the first group showed a “significant” increase in brain potential, learning and improved behavior as compared to the latter group.

A prominent doctor and neurologist at the National Institute on Aging Baltimore, Dr. Madhav Thambisetty, strongly believes that intermittent fasting may “reduce” the likelihood of acquiring the disease that destroys memory and mental functions; Alzheimer’s.

In his 20-minute lecture given at the MV Arunachalam Endowment on Alzheimer’s, Dr. Thambisetty said that the “results of a yet-to-be-published study showed higher brain glucose concentration in autopsies of people with Alzheimer’s disease when compared to people with normal cognitive abilities.”

“This shows that the brains of people with Alzheimer’s disease were not able to use glucose as fuel to get energy.  The severity of symptoms was proportionate to the severity of concentration,” the Dr. said.  “Further analysis showed that the increased glucose concentration was seen only in the inferior temporal cortex.”  The inferior temporal cortex is the part of the brain that is bombarded by this terrible disease.

Thambisetty exclaimed; “I will leave after suggesting a tantalizing possibility.  Alternative sources of energy, such as ketones, may be able to reduce risk and prevent pathological damage or symptoms of Alzheimer’s.  And ketones can be derived by intermittent fasting or by consuming fatty acids.”

For more information on the relationship between eating and the release of glucose click here: The Science Behind Eating and Fasting: What is the Difference?

There is another ongoing study, a study that took 44 brain autopsies in three different groups of people.  These three groups were made up of

1. Patients who had Alzheimer’s disease

3. People who showed no symptoms of the disease, but had suffered brain damage.

Brain scans showed that there were decreased levels of glucose in the brain, however, the autopsies showed the opposite.

In his response to this discovery, Dr. Thambisetty asked a critical question.  “What changed after they die?  We found answers in basic rules of biochemistry.  The concentration of three by-products of glucose — serine, glycine, and cysteine — was higher in autopsies because they could not be reversed.”

So, in theory, if glucose is replaced with different sources in the brain, then there is hope of possibly preventing any brain damage or symptoms of Alzheimer’s. “But only further research can provide answers,” said the neurologist.

Drinking Tea And Coffee While Fasting

To have a more beneficial fasting experience, you may want to drink green tea.  “Green tea contains anti-oxidants and theanine.  These speed-up your rate of metabolism and protect the tissues from toxic material.”  Furthermore, black, oolong, white, as well as several other teas, all come from leaves of a similar or exact tea plant as […]

This Will Destroy Your Metabolism (Part 2)

There was a study performed on previous contestants in the popular show ‘The Biggest Loser’ that tracked the contestants’ weight after the show had ended.  The findings were groundbreaking. Danny Cahill, the winner of Season 8 of NBC’s reality television show “The Biggest Loser,” had done it. He had broken a record by losing more […]

This Will Destroy Your Metabolism

Metabolism… Mankind’s secret weapon for fat loss… Whether or not you enhance this weapon’s strength, can make or break your fitness and health goals! But… what if you harm your metabolism? Unfortunately, I can’t tell you how much to eat because it varies according to your muscle mass, height, weight, how active you are, etc. […]

Is Your Relationship With Your Microbiome Healthy Or Toxic?

The health of your Microbiome also referred to as; gut flora, gastrointestinal microbiota, etc., is of the utmost importance. The microbiome was discovered in the mid-1880s, by Austrian Pediatrician Theodor Escherich, but made profoundly aware to the public around the year 2007 because of advancements in medical research and understanding of the microbiome. However, the microbiome […]

Don’t give kids sugar because it makes them extremely hyper. Well, not exactly….at least this can’t be taken as a blanket truth. While no one is denying that processed sugar is unhealthy, it is clear that sugar affects everyone differently. An example of this is in a meta-analysis done in the mid-1990s which was published in […]

Medical Doctor Claudia Kawas has been researching whether exercise and diet can affect brain health. What she found was astounding! Kawas and her researchers believe that they have discovered a connection between a thriving heart and a lower chance of dementia. Additionally, many of her subjects have one or more things in common with the […]

How To Be A Super-Ager 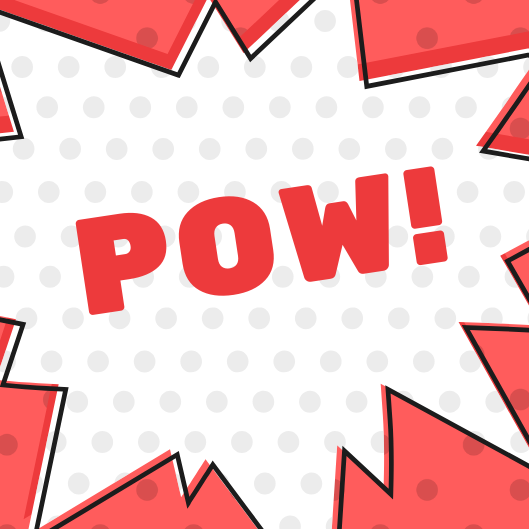 It is definitely a curious case… that is, of course, The Curious Case of Benjamin Button. Born an old man, but dies as a baby. This remains in the fictional part of the library because it’s impossible- it defies the laws of science. Although many may wish that they were younger- or felt younger -I […]